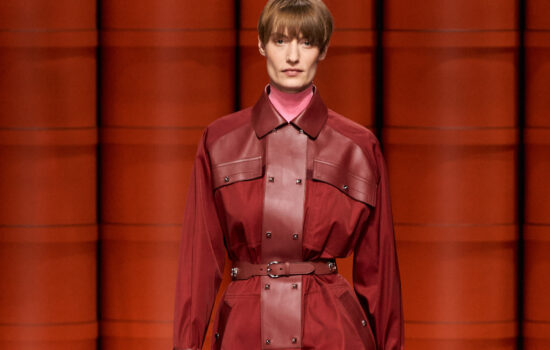 Helmut Newton might have considered Hermès to be “the world’s greatest sex shop—with its whips, saddles, spurs,” but to most customers this house, founded in 1837 as a harness shop, is simply the ne plus ultra of refinement and craftsmanship. “It has been said of Hermès,” The New York Times reported in 1940, “that it is perhaps the only establishment in the world in which one cannot buy a single article that is not in perfect taste.” Chez Hermès, timelessness is valued over trend. “We don’t have a policy of image; we have a policy of product,” the company’s late CEO, Jean-Louis Dumas, told Vanity Fair in 2007. That point of view has attracted both blue bloods and (naturally) arrivistes. Queen Elizabeth II favors the house’s printed silk scarves; Jackie O carried the Constance sack; and two of the world’s most coveted bags bear the surnames of both Grace Kelly and Jane Birkin. Hermès’s wait lists are nearly as famous as its equine iconography. A Kelly bag requires roughly 20 hours of work by an expert team—and, for the purchaser, the patience to postpone gratification for as long as two years. The wait for a Birkin inspired an episode of Sex and the City, as well as the book Bringing Home the Birkin. The Belgian deconstructionist Martin Margiela, once artistic director of Hermès’s womenswear line, was succeeded by Paris fashion’s enfant terrible, Jean Paul Gaultier, who, in turn, was followed by Christophe Lemaire. These appointments raised eyebrows but were in keeping with the house’s mission, as expressed by Dumas: “The idea is always the same at Hermès, to make tradition live by shaking it up.” Nadège Vanhee-Cybulski, who formerly worked for Mary-Kate and Ashley Olsen at The Row, was installed in 2014. 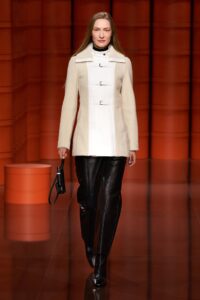