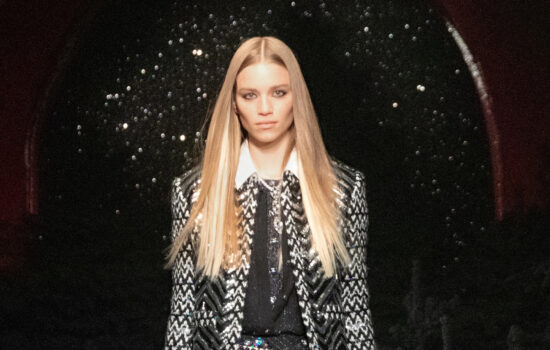 With a snip of her ribbon-looped scissors, Gabrielle “Coco” Chanel released women from their corsets and put them in fluid jersey suits and loose chemise dresses. “Nothing is more beautiful than freedom of the body,” she said. Chanel opened up a new world for her customers, in which they could dress and play as she did—like the boys.

Cecil Beaton observed the key to Chanel’s success in his 1954 book The Glass of Fashion: “It is the genius who creates the need, though that need must reflect the unconscious wishes of the moment if that genius is to be accepted.” To the liberated legions shedding their mantles of feminine festoonery, Chanel offered wide-leg trousers, cardigan jackets, striped Breton tops, turbans, turtlenecks, peacoats, and, of course, the LBD.

Paul Poiret, an early rival, was not kind: “Poverty deluxe,” he called the youthful, pared-down look that transformed women from overblown Belle Époque belles into sleek, bobbed-hair, modern women. But recognizing her influence, Christian Dior acknowledged that “with a black sweater and 10 rows of pearls,” Chanel revolutionized the way we dress.

Chanel died in 1971, and the house was managed by a list of forgettable names until Karl Lagerfeld took over in 1983. In the three decades since, he has manipulated and modernized the classic Chanel suit and many, many more of the brand’s éléments éternels, from the quilted bag, pearls, gold chains, and buttons to the camellia motif, black bows, and two-tone shoes. Although he shares with his predecessor a love of looks both lean and luxe, boyish and feminine, Lagerfeld has from the start taken Coco’s sacred codes and subverted them—mocked them, even, as he borrows from pop culture and injects a soupçon of biting wit.

The house of Chanel has had two masters, but as it sails into its second century, its signature has remained the same—bold, understated elegance. To borrow another Coco-ism: “Fashion passes; style remains.”

Lagerfeld worked at Chanel up until his death on February 19, 2019. The same day, the house name his longtime right-hand, Virginie Viard, as its new artistic director. 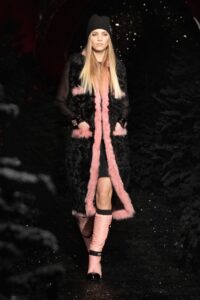